The Bollywood bash, as we call it, is the most popular & happening theme. It is suitable for almost every occasion, age group or season. This theme itself is a cluster of diff. themes right from the golden old days of bollywood to the current flashy bollywood. One can opt for a mixture of all Era’s or choose anybollywood theme party organisers one Era from.

The Retro Theme The Metro Theme. Cut outs of stills & stars from the blockbusters of the respective era would be all around to give it a filmy effect. The set up would include props like bioscope, director chairs, spot lights, reels, flash boxes etc. Bar Counter would have a Large Backdrop in sync with the theme & a list of mocktails & Cocktails having filmy names would be placed.

Food Counters will have cut outs of actors & the dishes would be named after famous actors/actresses /characters. Stewards would be dressed like spot boys. Invites to be printed in the form of Movie Tickets would be circulated also stating that special attraction of the event would be the prizes to those people who dress up best like a particular character. Various accessories like bandanas, bracelets, neck pieces, glow bangles etc to be given across to the people to make them feel the theme. 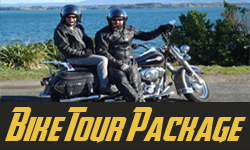